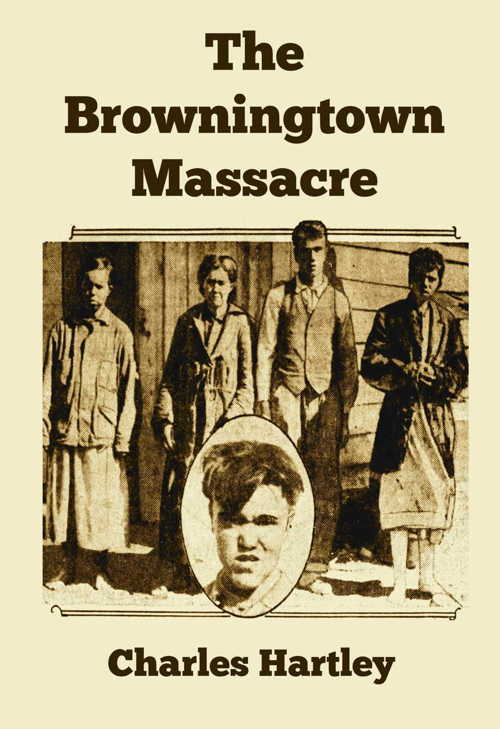 When Lou Browning reported the hidden still to the prohibition agents in 1928, she set in motion events that led to her sister's death, and the attempted murder of the rest of her family. This illiterate and landless Browning family had long been dependent on neighbors for odd jobs and handouts. They were often suspected of helping themselves to what didn't belong to them, but were generally tolerated by most folks until now.

Depression had not yet struck the general populous, but farmers had been feeling its effects almost since the end of World War I, and producing bootleg whiskey from their surplus grain was all that kept some of the farms going.

When Lou Browning's grandchildren were taken by authorities and placed in foster care, Lou and her daughter mistakenly blamed it on two local farmers, John Bolton and Clarence Crenshaw. This led Lou to report the still being operated by Clarence's son Elmer Crenshaw. Agents raided the still and arrested Elmer on a Friday.

By the next morning, the hut where Lou's family lived had burned to the ground, and Lou's sister Kate was dead. This is the story of these events, and of the trial of the nine men accused of the crime.

It is now available at the History Museum, and also in paperback at Amazon.com by following this link, or as a Kindle e-book at this link. All profits from the book's sale go to support the Bullitt County History Museum.

The Bullitt County History Museum, a service of the Bullitt County Genealogical Society, is located in the county courthouse at 300 South Buckman Street (Highway 61) in Shepherdsville, Kentucky. The museum, along with its research room, is open 9 a.m. to 4 p.m. Monday, Tuesday, Wednesday and Friday; and from 9 a.m. to 6 p.m. on Thursday. Admission is free. The museum, as part of the Bullitt County Genealogical Society, is a 501(c)3 tax exempt organization and is classified as a 509(a)2 public charity. Contributions and bequests are deductible under section 2055, 2106, or 2522 of the Internal Revenue Code. Page last modified: 27 Jan 2021 . Page URL: bullittcountyhistory.org/announce6.html