In 2018 Bullitt County Genealogical Society placed a ballot in their quarterly publication the Wilderness Road for their membership to vote to award a member for their outstanding service to the society. Voting took place over the last year. Ballots were collected and counted and on Saturday, December 8, 2018 the results were revealed and the award presentation took place. 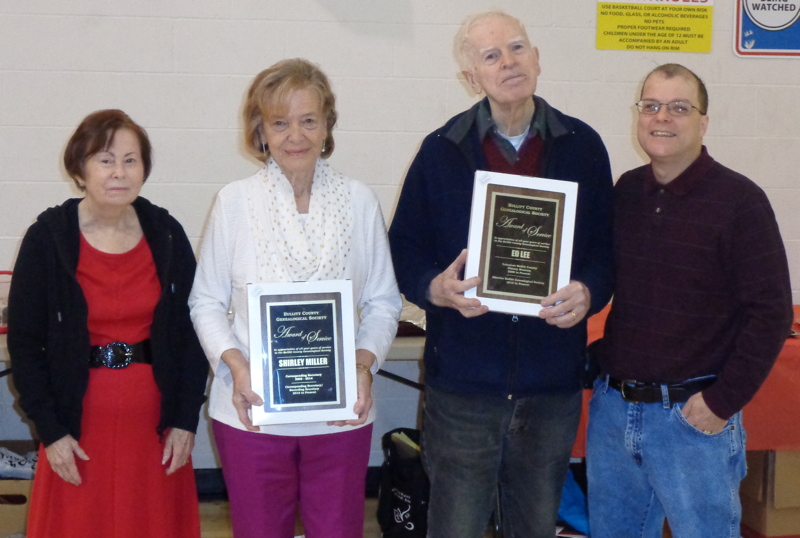 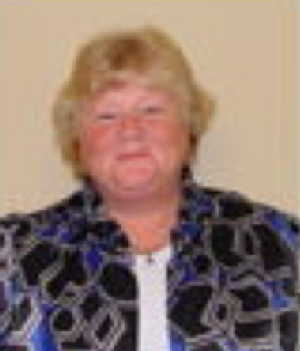 Thank you for your generous service to the society and to the Bullitt County History Museum.

Thank you for your generous service to the society and to the Bullitt County History Museum. 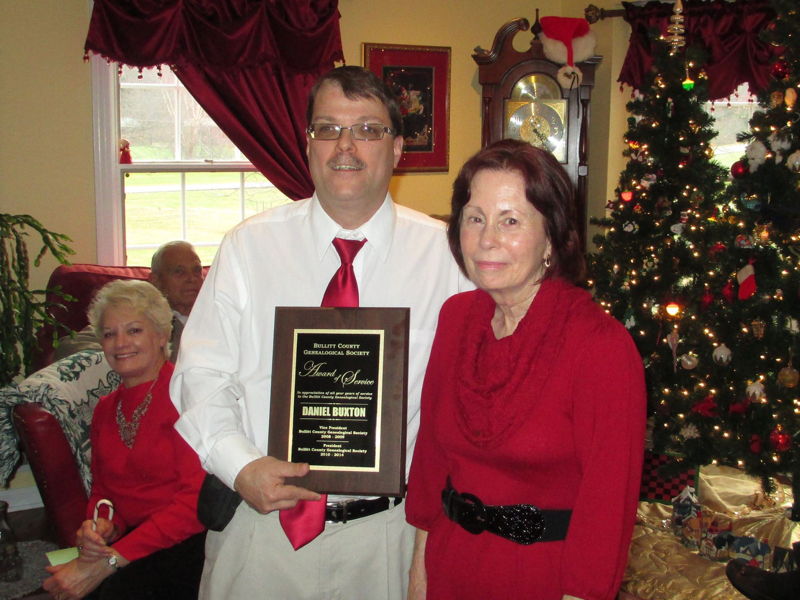 The Award was also given posthumously to Mildred Eddington. No award photo was made.

The 2014 Award was presented to David Strange, long-time director of the Bullitt County History Museum, by Daniel Buxton. 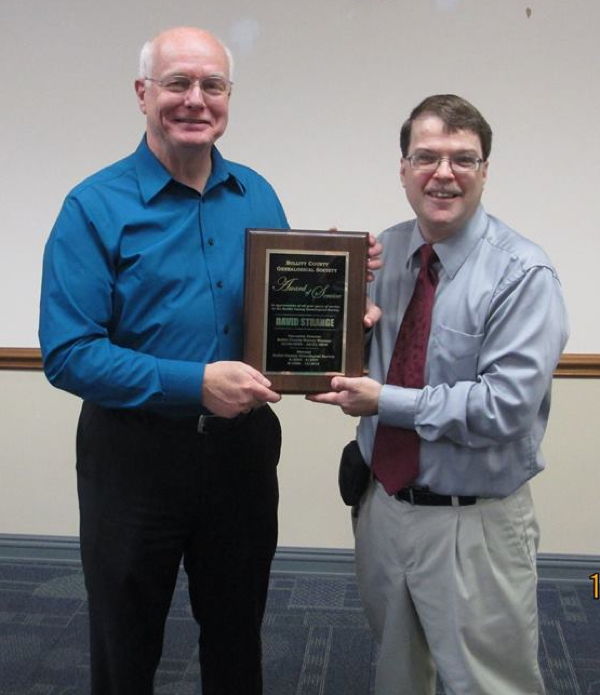 The 2013 Award was presented to Betty Darnell, local genealogist and editor of the Wilderness Road quarterly. 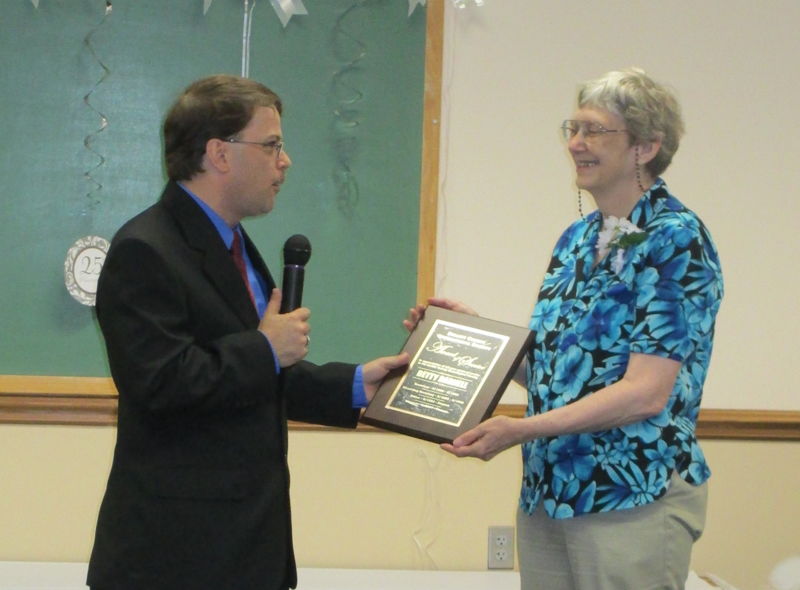 The 2012 Award was given posthumously to Edith Blissett. Plaque was accepted by her grandsons Tyler and Chaise Blissett and presented by Daniel Buxton President. 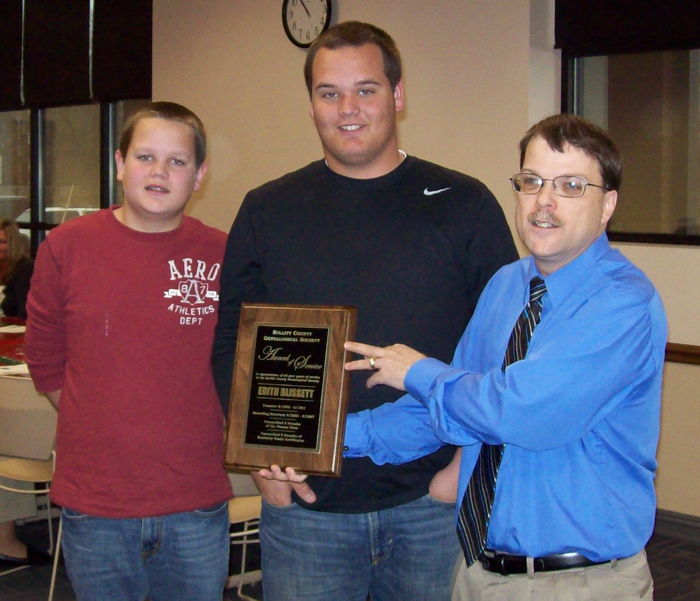 The 2011 Award was given posthumously to Mary Louise Sabetti. Plaque was accepted by Barbara Bailey and presented by Daniel Buxton President. 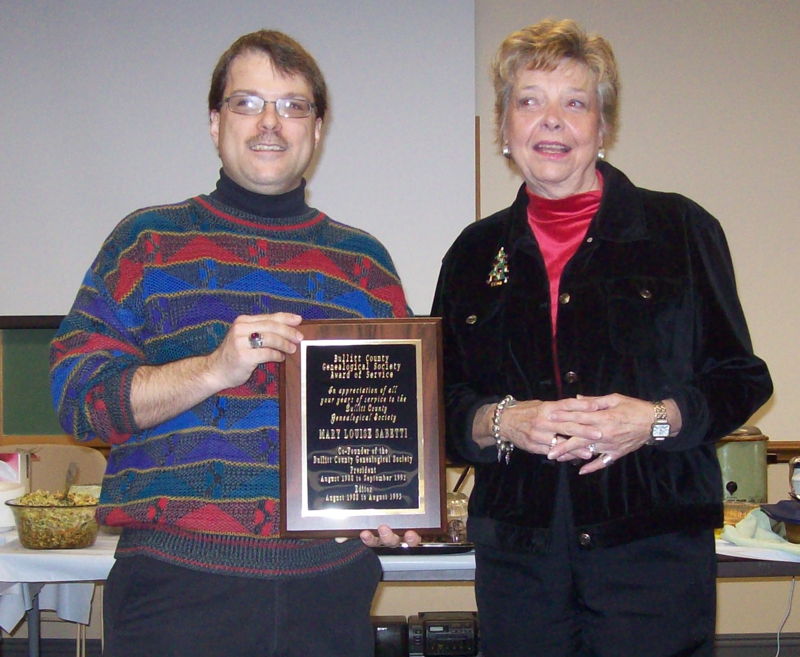 Doris Owen is one the co-founders of the society and the President for many years. Ken and Barbara Bailey are both past Presidents and long time members of the society. These special people were awarded this honor for their many years of service and dedication to the preservation of Bullitt County History. 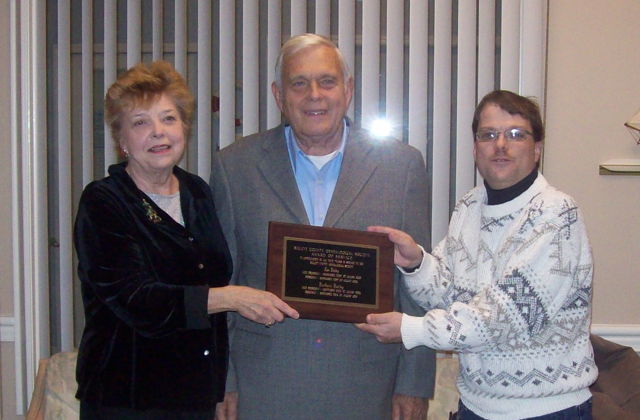 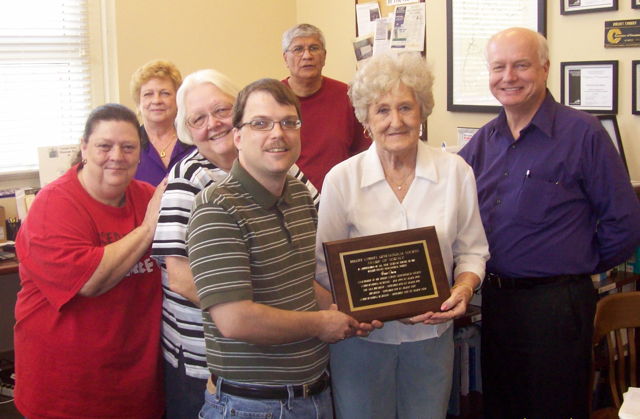 The Bullitt County History Museum, a service of the Bullitt County Genealogical Society, is located in the county courthouse at 300 South Buckman Street (Highway 61) in Shepherdsville, Kentucky. The museum, along with its research room, is open 9 a.m. to 4 p.m. Monday, Tuesday, Wednesday and Friday; and from 9 a.m. to 6 p.m. on Thursday. Admission is free. The museum, as part of the Bullitt County Genealogical Society, is a 501(c)3 tax exempt organization and is classified as a 509(a)2 public charity. Contributions and bequests are deductible under section 2055, 2106, or 2522 of the Internal Revenue Code. Page last modified: 08 Sep 2020 . Page URL: bullittcountyhistory.org/bcgsawardservice.html