The following article was published in The Pioneer News on 15 Jul 1976. It accompanied the photos shown here which were provided by Mildred (Bergen) Troutman, and also appear in her album of pictures beginning here. 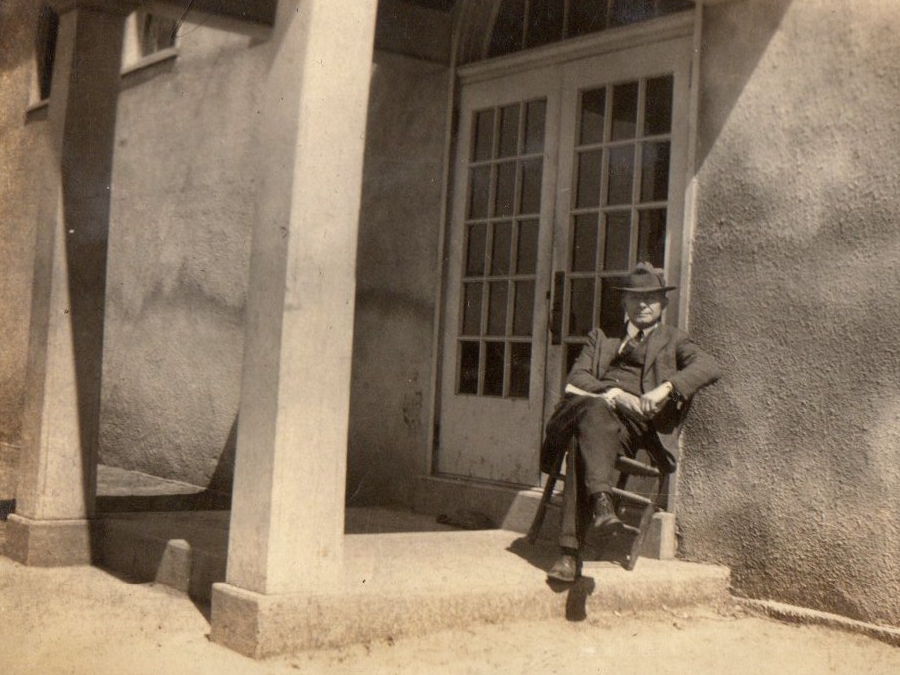 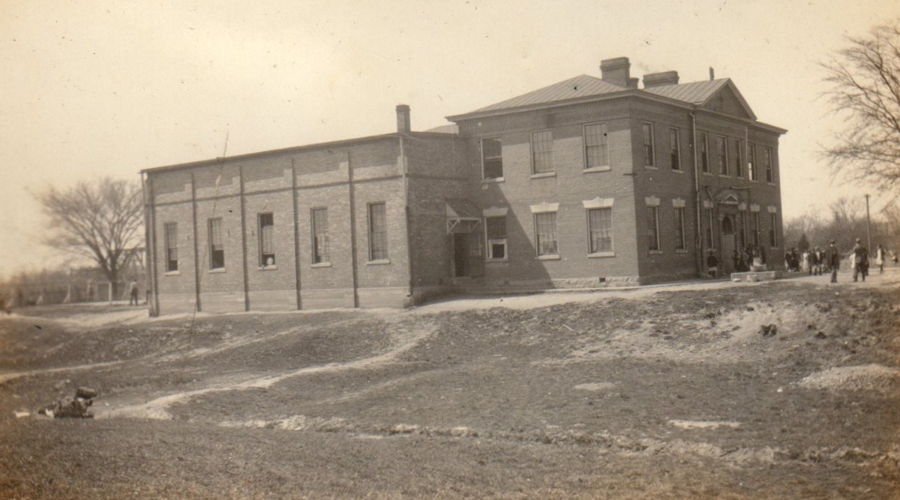 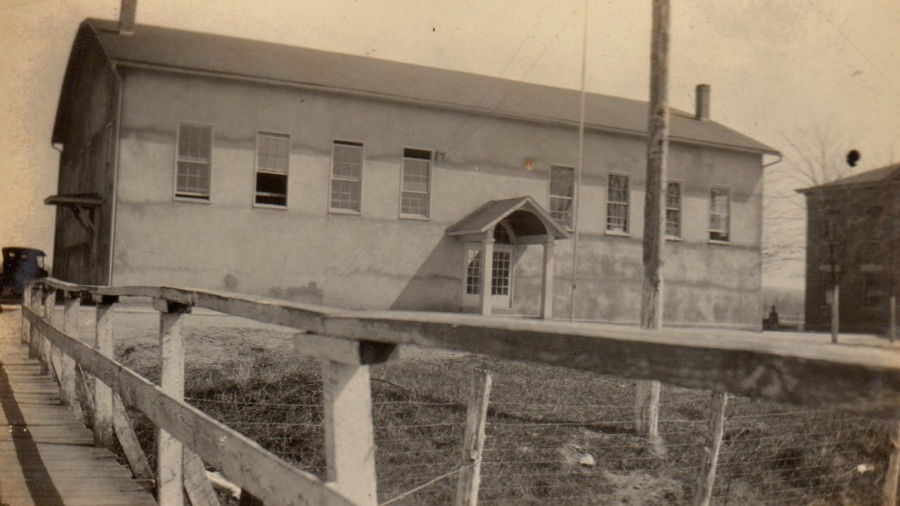 It is said that "Age is a garden of memories." Age and recalled memories were much in evidence as the Shepherdsville High School class of '26 celebrated its 50th anniversary at the Best Western Motel on June 26th.

It seemed but yesterday when Professor J. H. Sanders, at noon recess, sat at his particular chair in front of the "gym." Several of his own children attended the school to which their mother walked each noon, carrying a large basket of lunch for 'Fessor and his offspring.

His math classes were a sprinkling of problems, puns, and proverbs. His favorite advice to the boys was "Always do more than you were paid to do" and "never watch the clock." The girls were likewise advised to "Always tell mother." These suggestions were evidently heeded because the principal of 50 years ago would have been well pleased had he known of the various professions and careers represented at the reunion.

School transportation, a half century ago, was a problem. Some teachers and pupils boarded at Shepherdsville. One teacher, Hester (Anderson) Hardaway met her future husband there and is still residing in Shepherdsville. (At the reunion she looked to be the same age group as her former pupils.) Some pupils, including the writer of this article, boarded at the home of Mrs. Tom Melton at Salt River and walk the railroad track to and from school.

There was no lunchroom. Lunch was brought in a sack or lunchbox. Some pupils walked "downtown" to the restaurant where a "hotdog and coke" were considered quite a treat. On the return trip, dessert, in the form of a candy bar, could be bought at Troutman's grocery.

There were no restrooms. The "outhouses" were located at an appropriate distance south of the school. A partition separated the teachers' "two-holer" from the pupils "three-holer." The dirt path was well trodden and packed firmly from the sometimes slow and sometimes hurried feet of the pupils of over 50 years ago.

Classes were often interrupted by the whistle of a train as it neared the Shepherdsville Depot. (Several of the class of '26 students used a train as reliable transportation to and from school.)

High school students, on the second floor, did not change rooms for classes. The teacher, instead, came to the room. All day, pupils stayed in he same room. Lucky were the ones who sat nearest the warm stove on a cold windy day.

The Class of '26 was noted for its outstanding basketball players, Charles Shaw, Edgar Stansbury, Wassell Rodgers, "Bill" Griffin, Thomas Conniff, and Ray Binford. These players received much publicity in the newspapers at that time.

Search for the memories on this never-to-be-forgotten 50th anniversary celebration. Looks of awe and admiration were bestowed upon each classmate as a brief account of "my life since 1926" was given.

Tribute was offered to Guy Bergen, Harry Bell, and Thomas Conniff, deceased members of the class.

Others present as yet not mentioned were Arthur Lutes, Carl Dolly Stephan, Hazel (Hall) Ratliff, Marie (Lutes) Harvey, and Laura (Frick) Richardson who presented each classmate with a copy of her book, Oops, Teacher, I Goofed!

The Class of '26 will meet again in another five years, June 1981. They all admitted that a representation of twenty-one out of a class of twenty-eight, after an expanse of fifty years, wsa very commendable. Needless to say, they all felt that "old friendships grew more precious with the years."

If you, the reader, have an interest in any particular part of our county history, and wish to contribute to this effort, use the form on our Contact Us page to send us your comments about this, or any Bullitt County History page. We welcome your comments and suggestions. If you feel that we have misspoken at any point, please feel free to point this out to us.

The Bullitt County History Museum, a service of the Bullitt County Genealogical Society, is located in the county courthouse at 300 South Buckman Street (Highway 61) in Shepherdsville, Kentucky. The museum, along with its research room, is open 9 a.m. to 4 p.m. Monday, Tuesday, Wednesday and Friday; and from 9 a.m. to 6 p.m. on Thursday. Admission is free. The museum, as part of the Bullitt County Genealogical Society, is a 501(c)3 tax exempt organization and is classified as a 509(a)2 public charity. Contributions and bequests are deductible under section 2055, 2106, or 2522 of the Internal Revenue Code. Page last modified: 19 Jun 2021 . Page URL: bullittcountyhistory.org/bchistory/richardson-class26.html