The following article by David Strange appeared in The Courier-Journal on 26 Oct 2014. It is archived here with additional information for your reading enjoyment.

With the coming Halloween in mind, my thoughts are drifting toward ghosts and goblins. So this week, let me tell you about "The Lady in Lace."

When I first began hanging out around the Bullitt County Courthouse many years ago, I heard whispers about a ghost in the building. The ghost was said to be a well dressed young lady in a formal, turn-of-the-century, floor-length dress. The color was beige, with lots of lace, almost like a wedding dress.

If you know the century-old courthouse, located in Shepherdsville, Kentucky, you know that our county history museum is located in the front section. You also know about the grand staircase in the center.

That staircase is where you are most likely to see the Lady in Lace, though a few people have also felt the sudden ghostly chill of her presence in other locations around the building.

The standard story is that while you are walking up the staircase you glimpse, out of the corner of your eye, a young lady ascending the stairs just behind you, to your right. When you turn to say hello, or just to see who is dressed so oddly, there is no one there. You're sure you saw someone. But no one is there.

No one is there.

Now, my philosophy about ghosts is, "I don't believe in them, but I don't want to make them mad either." I don't really think they exist. But then again...

I was telling the story of the "Lady in Lace" to a friend several years ago. This person worked at the courthouse at the time, and I noticed that as I told the story, and described the ghost, she began to get a little pale. I asked what was wrong, and she told me how she had once, late at night when she thought herself to be alone in the building, turned down a short hallway toward a door. There, reflected in the glass of the door, she saw a young woman, just as I described, standing behind her.

Greatly startled, she quickly turned to confront the intruder.

But no one was there.

The friend told me that she had never told anyone about that experience. Until she heard my story, she had never known about the Lady in Lace.

She had only seen her.

Now, I've tried to figure out the original source of the story. The lady is never described as aggressive or particularly scary. She makes no sound at all.

She is just there... and upon being noticed she is not. 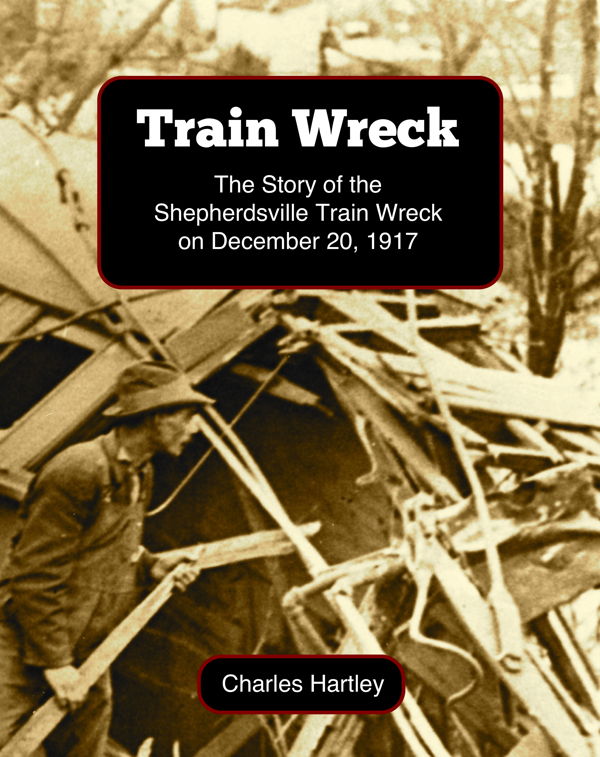 Perhaps this all comes from the nearby great train wreck of December 20, 1917, the deadliest train wreck in Kentucky history, in which 49 people died terrible deaths. Charles Hartley wrote a fine book, available at the museum, about that dreadful Christmastime tragedy. The wreck occurred just behind the courthouse, and the courthouse was one of several buildings used in the tumultuous rescue of the wounded and the dead. In one horrible moment, families were destroyed; Young and old suddenly became widows, widowers, orphans, or worse.

Perhaps the story of the Lady in Lace comes from one of the murder cases held in the second floor of the courthouse over the years. There was, for example, a vengeful shooting over a woman right there on the staircase, and more than a few bitter fights.

Perhaps, and probably most likely, the story of the "Lady in Lace" is nothing but a made up fantasy.

Just heed my words and pay attention when you walk up the grand staircase alone, or when you walk down the lonely halls at night.

Maybe you are not as alone as you think.

Have a happy Halloween, everyone.

Copyright 2014 by David Strange, Shepherdsville KY. All rights are reserved. No part of the content of this page may be included in any format in any place without the written permission of the copyright holder.

The Bullitt County History Museum, a service of the Bullitt County Genealogical Society, is located in the county courthouse at 300 South Buckman Street (Highway 61) in Shepherdsville, Kentucky. The museum, along with its research room, is open 9 a.m. to 4 p.m. Monday, Tuesday, Wednesday and Friday; and from 9 a.m. to 6 p.m. on Thursday. Admission is free. The museum, as part of the Bullitt County Genealogical Society, is a 501(c)3 tax exempt organization and is classified as a 509(a)2 public charity. Contributions and bequests are deductible under section 2055, 2106, or 2522 of the Internal Revenue Code. Page last modified: 27 Jan 2021 . Page URL: bullittcountyhistory.org/memories/ladylace.html